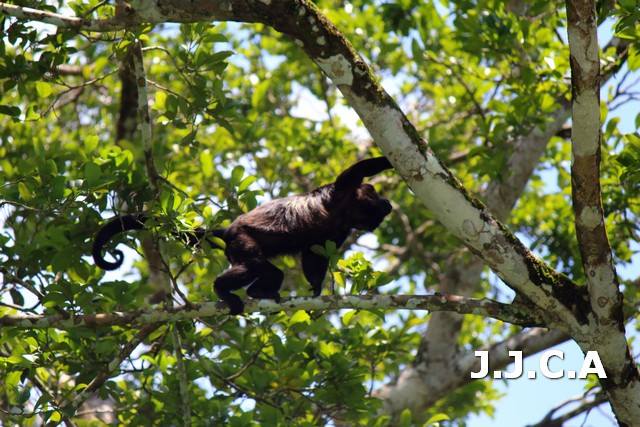 Include: Boat, captain, transportation from and to your hotel, naturalist tour guide.

Not include: Lunch, tips  for tour guides, driver or captain, taxes 7%.

Available all days and for kids up to 3 years old.

This morning you will be pick up by your naturalist tour guide, today we will be drive to the town of Gamboa where the chagres river meets the Panama Canal, Gamboa was built in 1911, during Canal construction. It was initially populated by “silver roll” (Afro-Antilleans and other non-US, non-white) workers and their dependents.

Aboard and expedition boat to explore the Panama canal and the gatun lake looking for wildlife the lake is situated in the valley of the Chagres River. It was formed, and the river widened and deepened, by the construction of the Gatun Dam about 10 km (6.2 mi) from the river’s mouth in the Caribbean Sea.enjoy a lot of Panama ́s biodiversity, including plants, butterflies, amphibians, monkeys and interesting wild creatures.

Gatun Lake is an essential part of the Panama Canal which forms a water passage between the Atlantic Ocean and the Pacific Ocean, permitting ship transit in both directions. At the time it was formed, Gatun Lake was the largest man-made lake in the world.

After a couple of hours on the boat return to the pier and visit the pipeline road for a nature walk, The Pipeline Road is one of the best known eco-trails in Panama and worldwide, due to the large number of birds that have been reported there. In addition to this, this path of 17 km in length is an excellent place to witness and enjoy a lot of Panama ́s biodiversity, including plants, butterflies, amphibians, monkeys and interesting wild creatures. At the end of the tour we stop in clayton plaza for lunch (Not included).